At Dolwen Labradors we have been showing for over 36 years and bred our first litter in July 1997.

We purchased our first Labrador in August 1972, the day after returning from our honeymoon. He was a lovely dog from Sandylands lines, but was never shown. Having lost him at an early age of seven we purchased a labrador from the Bryndafydd kennel. He was the only survivor of a litter of seven and was named Bryndafydd Mighty Mouse. As he was a very head strong dog he was taken to a local training class who persuaded us to start showing him and he did relatively well in local shows. Like most we caught the bug and purchased a lovely black dog, Bryndafydd Tarquin a brother of Bryndafydd Zeus. Unfortunately he had poor hips but proved to be a lovely companion with an exceptional temperament.

Having attended quite a few championship shows we bought our first bitch from the Trenow kennel of Tony and Maureen Floyd, namely Trenow Mistress. She was a lovely yellow bitch with classic lines and was eventually mated to Bryndafydd Zeus and produced Dolwen Fair Katrina who is behind our entire Kennel. She was the mother of Dolwen Edward Seymour JW, 1993 – 1999, 2 CC’s  4 RCC’s who tragically died at a young age. His grandsons are SH CH Dolwen Francis Henry JW, 1999 – 2008 and SH CH Dolwen Thomas Charles. All our present dogs are descended from this line. 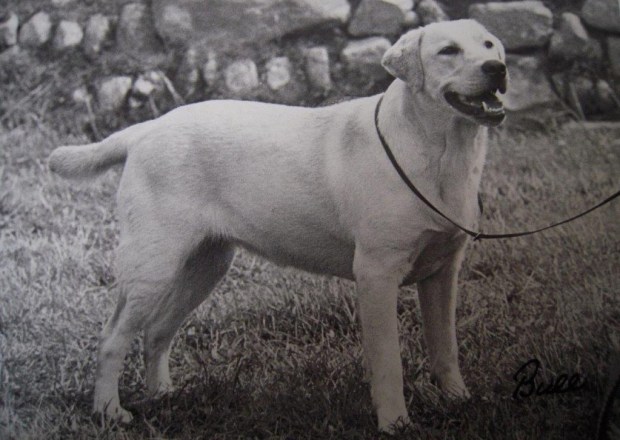 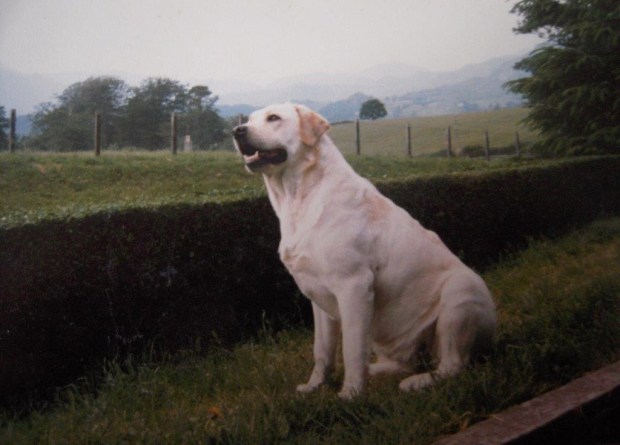 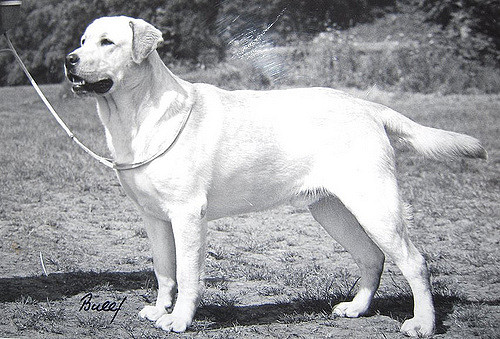 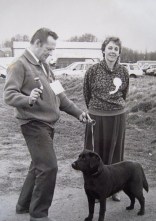 Our first labrador Bruce with Einir, 1978 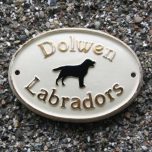 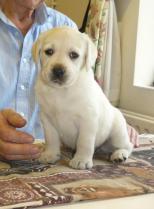 Pups at the milkbar!

Dolwen Hot Off the Press 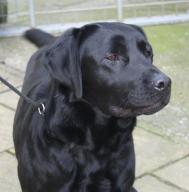 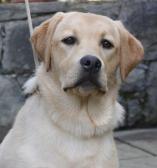 Tywisgi Run to the Hills (Gres)